A biography on the author & poet

Rachel Herring was born on January 15th, 1898 in the village of Podliszki, in the former Galicia, then a part of the Austro-Hungarian Empire. Born into a privileged family, Rachel was raised on an estate run by her beautiful and inspiring mother. At the time, Jews under the Hapsburgs were able to own land under Franz Josef, unlike their counterparts in Northern Poland. Well versed in both Ukrainian and Polish, Rachel grew up with her mother and two brothers, having lost her father at the age of twelve. 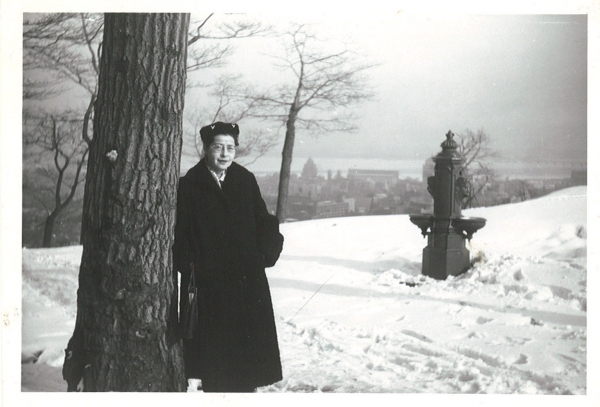 Although too young to realize that her father was writing prose (mainly religious commentary), Rachel nonetheless grew up with an attitude of reverence towards books and was always in the company of a well-populated library. She was influenced greatly by the German writer Rainer Maria Rilke and the Polish writer Boleslaw Leśmian. During the First World War the whole family moved to Vienna, where she perfected her German beautifully, and was further educated.

She graduated Matura (similar to College) upon returning to Poland and was already an established writer in her twenties when she married Hersh Korn in Przemysl. Her earliest poems use the epic genre leaving out rhyme in favour of narrative. Although epic poetry followed in the tradition of nationalism, and was not usually considered a Jewish genre her background, being different from that of other Jewish writers, allowed her a special understanding of one’s relation to the world outside of the shtetls (small Jewish villages), and to the soil itself. Growing up as a part of the only Jewish family in the village allowed her to interact daily with non-Jewish people, enabling her to keep an open mind, a facet which proved priceless in her poetry (Please see the Handmaid).

Rachel first published her writing in Polish and due to the toughness of her language, the critics were convinced that she was a man. At her first interview in Lvov people were more than surprised to find a beautiful woman behind the intelligent, brutally honest poetry. If not for her pride, she would have continued to write in Polish, as it was her first language. She was in her twenties when her husband introduced her to Yiddish as a language, and, falling in love with it, she decided to continue her writings in Yiddish, as Polish had come to represent the language used by anti-Semitic compatriots. She was steeped in the culture that she lived in, and wrote in Yiddish even though her stories contained nothing Jewish about them. (Please see the short story Earth). During her early years as a Yiddish writer, esteemed writers such as Itzik Manger, Melech Ravitch and Baruch Sheffner all came to be considered close friends. Following the publication of her first Yiddish book came a lot of commotion, welcomed for its novelty and creativity. One writer pointedly stated: “She is short-sighted, but how far she sees.”  Continue Reading