Here are some Judaica eBooks in our collection which enlighten, entertain and inform. 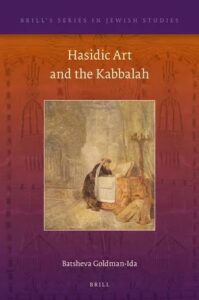 Hasidic Art and the Kabbalah

Hasidic Art and the Kabbalah presents eight case studies of manuscripts, ritual objects, and folk art developed by Hasidic masters in the mid-eighteenth to late nineteenth centuries, whose form and decoration relate to sources in the Zohar, German Pietism, and Safed Kabbalah. Examined at the interface between seemingly simple folk art and complex ideological and conceptual outlooks which contain deep, abstract symbols, the study touches on aspects of object history, intellectual history, the decorative arts, and the history of religion. Based on original texts, the focus of this volume is on the subjective experience of the user at the moment of ritual, applying tenets of process philosophy and literary theory – Wolfgang Iser, Gaston Bachelard, and Walter Benjamin – to the analysis of objects.

Jewish Languages from A to Z

Jewish Languages from A to Z provides an engaging and enjoyable overview of the rich variety of languages spoken and written by Jews over the past three thousand years. The book covers more than 50 different languages and language varieties. These include not only well-known Jewish languages like Hebrew, Yiddish, and Ladino, but also more exotic languages like Chinese, Esperanto, Malayalam, and Zulu, all of which have a fascinating Jewish story to be told. Each chapter presents the special features of the language variety in question, a discussion of the history of the associated Jewish community, and some examples of literature and other texts produced in it. The book thus takes readers on a stimulating voyage around the Jewish world, from ancient Babylonia to 21st-century New York, via such diverse locations as Tajikistan, South Africa, and the Caribbean. The chapters are accompanied by numerous full-colour photographs of the literary treasures produced by Jewish language-speaking communities, from ancient stone inscriptions to medieval illuminated manuscripts to contemporary novels and newspapers. 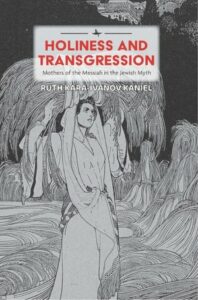 Holiness and Transgression: Mothers of the Messiah in the Jewish Myth

This volume deals with the female dynasty of the House of David and its influence on the Jewish Messianic Myth. It provides a missing link in the chain of research on the topic of messianism and contributes to the understanding of the connection between female transgression and redemption, from the Bible through Rabbinic literature until the Zohar. The discussion of the centrality of the mother image in Judeo-Christian culture and the parallels between the appearance of Mary in the Gospels and the Davidic Mothers in the Hebrew Bible, stresses mutual representations of “the mother of the messiah” in Christian and Jewish imaginaire. Through the prism of gender studies and by stressing questions of femininity, motherhood and sexuality, the subject appears in a new light. This research highlights the importance of intertwining Jewish literary study with comparative religion and gender theories, enabling the process of filling in the ‘mythic gaps’ in classical Jewish sources.

This books shows that it is worth speaking of Yiddish as a separate language only from the fifteenth century onward. Modern Eastern Yiddish (EY) and Western Yiddish (WY) do not have a common Jewish ancestor. WY is mainly related to the East Franconian dialect of German. It has a small Old French substratum. EY has a Bohemian German basis and has a small Old Czech substratum. During its development, it underwent the significant influence of the Silesian dialect of German spoken by German colonists in medieval Polish towns. The partial unity of EY and WY mainly relates to close links between the German dialects underlying them and extensive contacts between the people who spoke EY and WY. A large part of the pan-Yiddish particularities that came into being as a result of internal Jewish developments first appeared in western Germany. The Hebrew components of both EY and WY have common origins. A similar unity was already globally valid in the middle Ages. The historical conclusions are: Modern Ashkenazic Jews mainly descend from the merger of three principal groups of Jews who lived during the Middle Ages in non-Mediterranean Europe, namely those from the Rhineland (mainly of French origin), those from the Czech lands, and those from the territory of modern Ukraine and Belarus. None of these groups represents an offspring of any another group. For the formation of modern Ashkenazic Jewry, the role of the first two sources was significantly more important than the role of the last one. 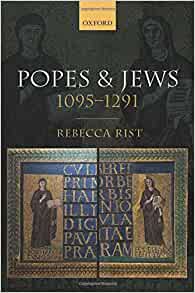 The book explores the nature and scope of the relationship of the medieval papacy to the Jews of Western Europe through a reassessment of the evidence for papal interaction with Jewish communities. The book analyses papal pronouncements in the context of the substantial and on-going social, political, and economic changes of the eleventh, twelfth, and thirteenth centuries, as well the characters and preoccupations of individual pontiffs and the development of Christian theology. It also breaks new ground in exploring the other side of the story—Jewish perceptions of both individual popes and the papacy as an institution—through analysis of a wide range of contemporary Hebrew and Latin documents. The book engages with the works of recent scholars in the field of Christian–Jewish relations to examine the social and legal status of Jewish communities in light of the papacy’s authorization of crusading, prohibitions against money lending and condemnation of the Talmud, as well as increasing charges of ritual murder and host desecration, the growth of both Christian and Jewish polemical literature, and the advent of the mendicant orders.

The Land Is Mine: Sephardi Jews And Bible Commentary In The Renaissance

After their expulsion from Spain in 1492, Sephardi Jews such as Isaac Abravanel, Abraham Saba, and Isaac Arama wrote biblical commentaries that stressed the significance of land. They interpreted Judaism as a tradition whose best expression and ultimate fulfillment took place away from cities and in rural settings. Iberian-Jewish authors rooted their moral teachings in an ethical treatment of the natural world, elucidating ancient agricultural laws and scrutinizing the physical context and built environments of Bible stories. The Land Is Mine asks what inspired this and suggests that the answer lies not in timeless exegetical or theological trends, but in the material realities of late medieval and early modern Iberia, during a period of drastic changes in land use.