Miniature book collectors and enthusiasts have long delighted in the ability to hold famous works of literature, especially the so-called ‘classics’, in the palm of their hand. The Toth Collection is rich in literature including novels, plays, and poetry. The collection is wide ranging and includes miniature books in German, such as works by Goethe; Hungarian, including poetry by Mihály Babits and Árpád Tóth; and English, including dozens of Shakespeare’s plays. The selection presented here is a cross-section that demonstrates this wide variety and provides touchstones with various literary cultures. 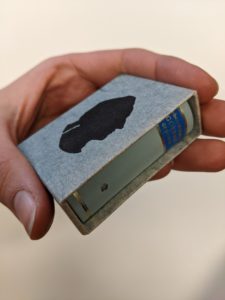 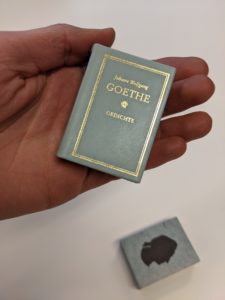 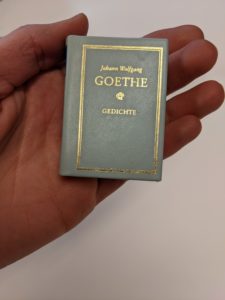 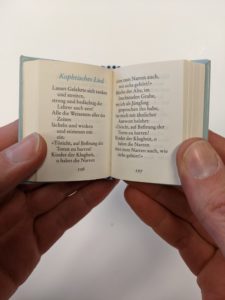 Johann Wolfgang von Goethe was a German poet, novelist, playwright, and scientist who became famous as a contributor to the Sturm und Drang period of Romanticism. Like many of the works of literature, and especially poetry, in the Toth Collection, this book is a selection of the author’s works compiled into a modern printing. This book of poetry features an attractive blue slipcase and binding, and the two-colour printing (in both blue and black ink) completes the aesthetic appeal of this miniature work of literature. Other works by Goethe in the Toth collection include a 1960 printing of the play Pandora. 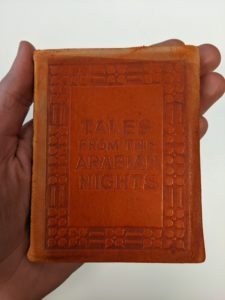 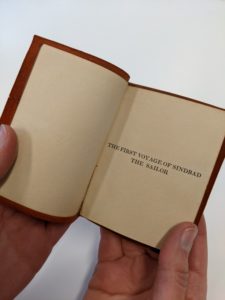 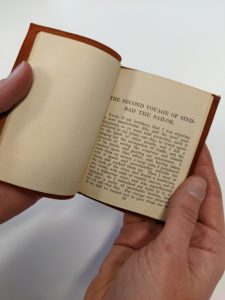 Tales from the Arabian Nights

As miniature books became increasingly popular in the 1910s and 1920s, a number of small corporations began to publish collections of literary works, sometimes made available through mail-order schemes or as giveaways for purchases of items such as cigarettes and breakfast cereal. The Little Leather Library Corporation, founded in New York City in 1916, published 101 books including this copy of Tales from the Arabian Nights, translated by Richard F. Burton, drawn from the collection of Middle Eastern folktales One Thousand and One Nights. Although Little Leather Library books were sold in department stores such as the Woolworth’s chain, they were also advertised in popular magazines in an advertiser-directed attempt to reach a wider potential audience, allowing people to read and own inexpensive classics. The Toth Collection also includes a more recent publication of Tales from the Arabian Nights, a mass-market mini illustrated by Edmund Dulac (Toth Collection 12.A.17). 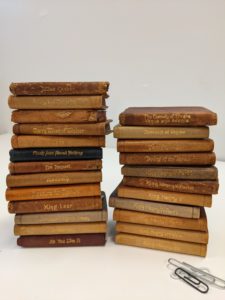 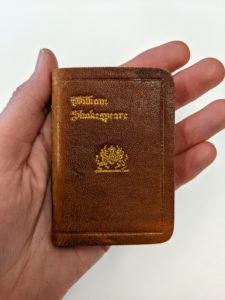 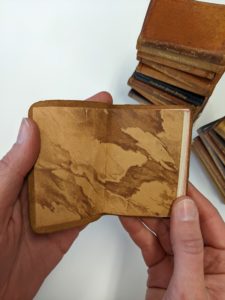 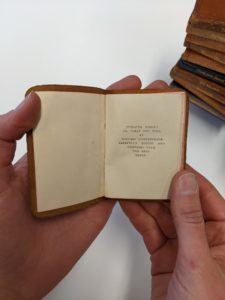 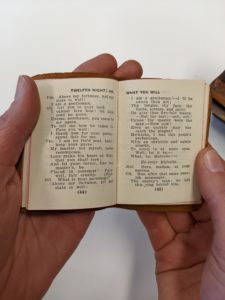 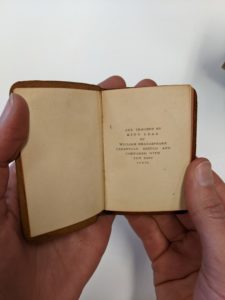 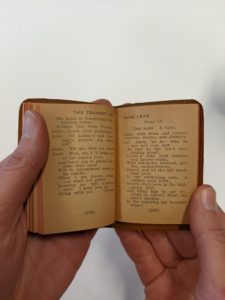 The first set of Shakespeare’s plays to be published in miniature appeared in 1880, and Shakespeare quickly became the most popular author in miniature books. The Toth Collection includes almost two full sets of the twenty-four-volume series published by the Knickerbocker Leather & Novelty Co. between 1890 and 1930. Unlike other Shakespeare sets, the Knickerbocker set features bindings in several different shades of limp leather including brown, yellow, red, and black. The marbled endpapers are also a notable feature of the Knickerbocker Shakespeares. Each title page reads “carefully edited and compared with the best texts,” distinguishing these editions from the so-called “Bad Quarto” or unauthorized versions of Shakespeare’s plays. We have chosen to highlight one tragedy, King Lear (first performed in 1606), and one comedy, Twelfth Night (first performed in 1602). The Toth Collection includes just one copy of a Knickerbocker King Lear, but three of Twelfth Night.